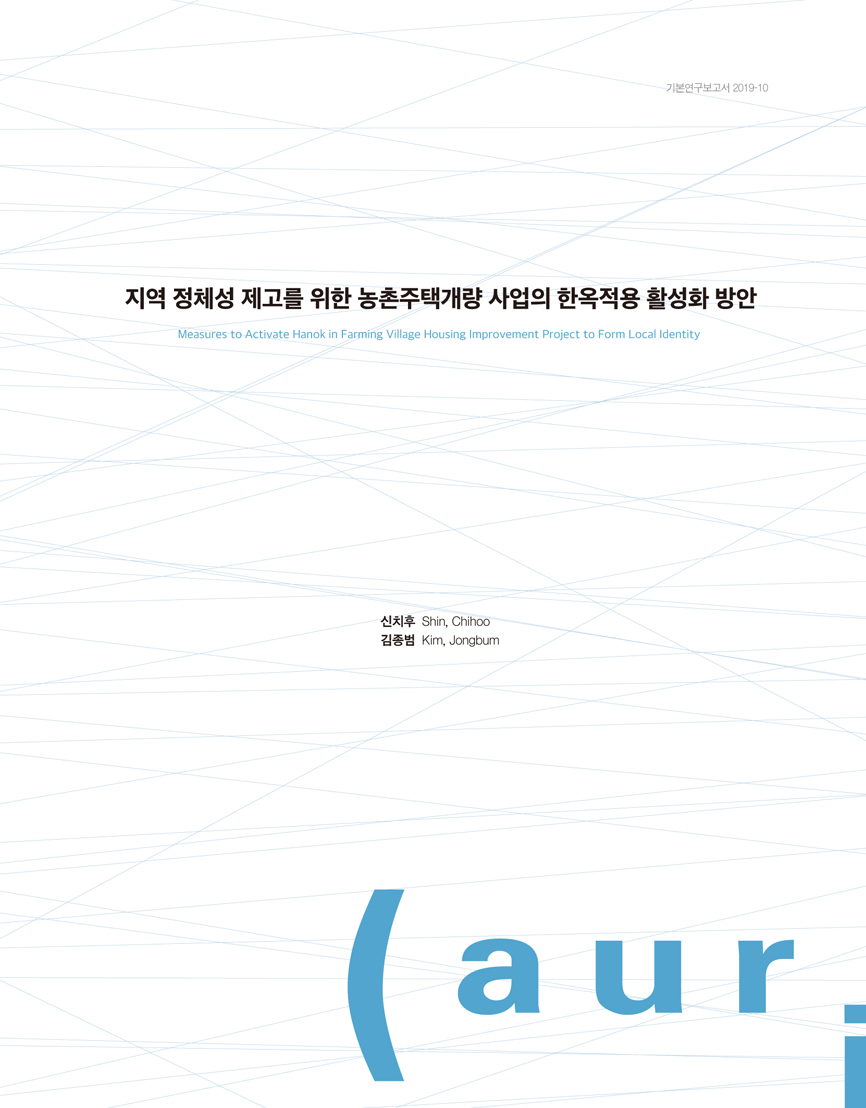 Since the 1970s, rural society has undergone rapid industrialization and urbanization, resulting in transformation of rural landscape and loss of identity.

The government has greatly improved the housing environment in poor rural areas through various support and development. New housing in rural areas has improved the rural housing environment through various support such as ‘Farming Village Housing Improvement Project’. However, non-agricultural and heterogeneous facilities were also introduced. Various types and colors of roofing materials were introduced in rural areas where hanok was concentrated, especially in the social atmosphere of those days when the awareness of the scenery and identity was weak and its importance was not emphasized. As a result, various types of rural houses coexisted. It is time to change the support policies that can reflect the local cultural identity and location characteristics because rural landscapes and cultural identity are lost, and ruralness and rural resources are damaged. In the case of ‘Farming Village Housing Improvement Project’, contrary to the two objectives of remodeling and construction, most farmers choose to build new house. The new construction emphasized the convenience and economics of modern living, and the general houses were introduced rather than reflecting locality and identity. Hanok is in a difficult situation to avoid in this trend, and despite the government and local government policies for preserving and disseminating hanok, it is an opportunity for demolition. Income-level households who cannot apply for home improvements, even new ones, are forced to live in poorly This study present the value of Hanok for securing locality and identity in rural areas as a basis for applying hanok in ‘Farming Village Housing Improvement Project’ in rural areas and suggest the Policy and Project complementary measures in order to induce the construction and remodeling of Hanok.