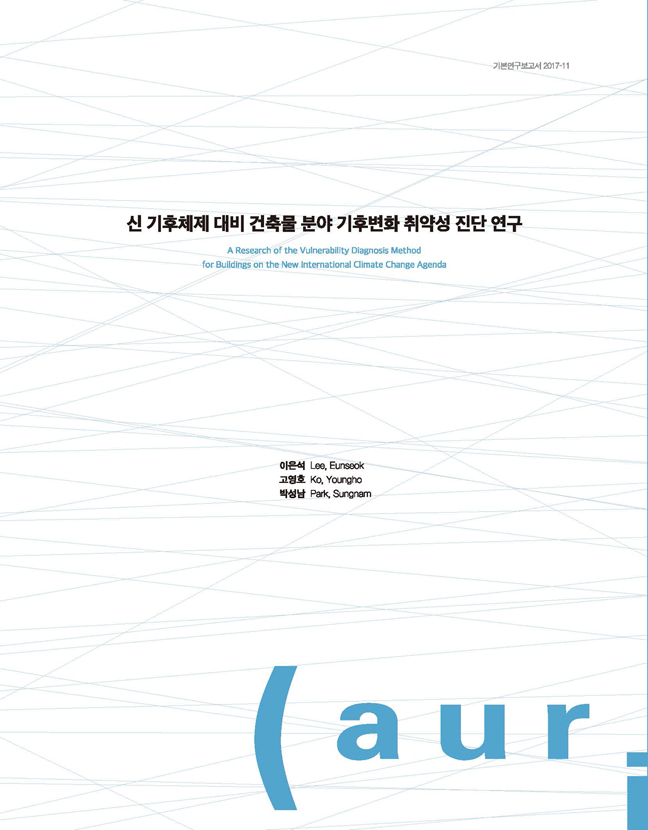 Summary For the long time we have prepared social, physical and institutional measures for climate disasters. When a disaster occurs, people try to find a safe place. In the urban area, the built environment including the typical buildings becomes the refuge. Indoor space is especially expected to be safe. The climate disasters, however, frequently exceeds the expectations of those measures and the limits
been prepared for the past. This means that built environment such as buildings and facilities is no longer considered as safe space.
After the Paris Agreement of 2015, Korea signed the Paris Agreement on Climate Change on April 22, 2016 with 168 participant countries. This means that Korea needs to follow the direction of the next climate change policy of the international community. Korea also has to establish a national target and an operating system that is practicable for local governments.
Contents